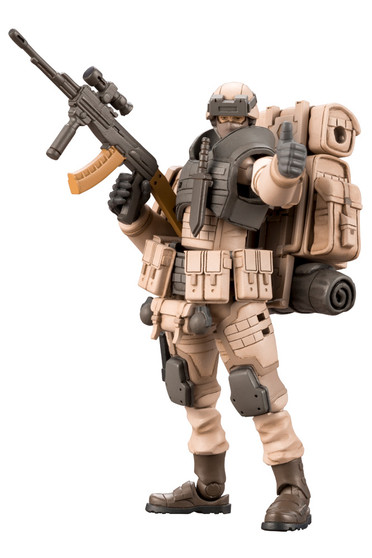 GOVERNOR: This is the name of the soldiers who design and pilot Hexa Gear. After the Crystal Reactors were built to produce the renewable source of energy known as HEXA G-R.A.M, humanity tossed aside the previous energy resources that were nearly depleted, welcoming a new era in which all resources were replaced by HEXA G-R.A.M. Humanity looked towards the future with hope in their hearts, but the conflict erupted over the possession of the Crystal Reactors. Soon, massive corporate enterprises with funds and access to technology began independently developing Hexa Gear designed for combat, further deepening the conflict. The Crystal Reactors were not only a catalyst for war and conflict, but also quietly polluted the environments in which the humans resided, corroding the earth. In order to continue their activities in the areas surrounding the Crystal Reactors, humans developed mechanical armor known as Armor Type to survive in inhospitable environments, and this armor was soon adapted for combat. The Early Governor was used before the current Armor Types that were developed alongside the Third Generation Hexa Gear, in a time when the pollution from the Crystal Reactors was far less severe. With far less equipment than current units, this Armor Type is considered to be the earliest Governor model.

Equipment:
• Assault Rifle
• Bullpup Rifle
• Sub-Machine Gun
• Handgun
• Combat Knife
• Chest Rig
• Alice Pack
Product Specifications:
• This model comes with a variety of military inspired parts allowing you to create a well-equipped soldier.
• The model comes with five head parts, including parts with shooting goggles and with or without helmets.
• The model comes with six types of newly designed hand parts and three types of hands from Pawn: A1 for a total of nine hand parts.
• The Alice Pack can be broken down into parts, and each part is equipped with a 3mm opening or knob allowing you to connect them in a variety of places on the model.
• The combat knife and handgun can be stowed in the sheath and holster which can be attached to the model’s thigh.
Included Items:
• Early Governor Body x 1
• 5 types of head parts x 1 set
• 9 types of hand parts (six new types)
• Alice Pack x 1 set
• Assault Rifle x 1
• Sub-Machine Gun x 1
• Handgun x 1
• Holster (with the handgun stored) x 1
• Holster (with the handgun drawn) x 1
• Combat Knife x 1
• Knife sheath (with knife stowed) x 1
• Knife sheath (with knife drawn) x1
• Chest Rig x 1
• PVC Hexa G-R.A.M x 1
• Archive Card x 1

General Safety Warning : Products sold by Akiba HQ may be intended for Adult Collectors. Products may contain sharp points, small parts, choking hazards, and other elements not suitable for children under 16 years old.

For California Customers : These products can expose you to chemicals including Phthalate, which is known to the State of California to cause cancer. For more information, go to www.P65Warnings.ca.gov.

Covid delays: Please add 2 - 3 months to the date that is listed.

Covid allotment shortage: We are experiencing product shortages. All order will be first come first served.

Prices, specifications, and release dates are subject to change without notice due to fluctuations in currency or manufacturer delay.

The release date is an estimate and is not guaranteed.

You may cancel your pre-order at anytime.

Product Specifications: ■ The third product in the “Alternative” model kit series is now here. This …

Model Specifications:■ This product is a variation kit of ARMOR TYPE: PAWN A1 Ver.1.5.The head, addi…

The leading popular Zoid within the Zoid series, Berserk Führer has joined the Highend Master Model …

Product Specifications: ■ There are three “Speared Rowers” that can be removed and deployed or equip…

From DRAGON QUEST VI: Realms of Revelation, Terry, a traveling swordsman, makes his appearance as a …