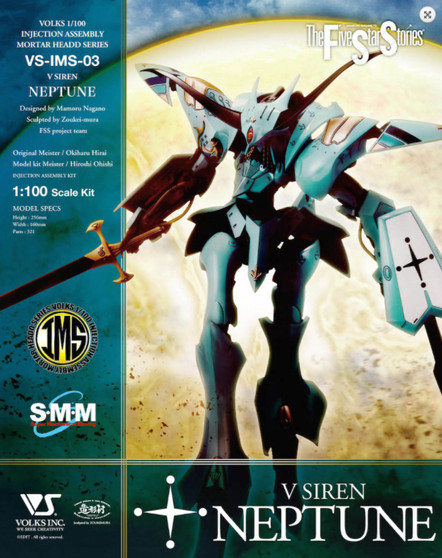 The MORTAR HEADD (MH) insignia of the Fillmore Empire is said to be the most powerful nation in the Star Cluster.

The armor has been simplified enabling it to achieve close mobility at the highest limit. This is a special feature of the MH Siren as its tuning reflects the specific intent to “search and destroy”.

Emperor Ladar 8 of the Fillmore Empire gave this V Siren to the Imperial Agency Knight Christine V. During its maiden battle at Madou War, the V Siren was responsible for the destruction of numerous Ashura Temple crafts of the Mejojo Empire.